TO HIM IT’S ALL ABOUT ‘ME’, NOT ABOUT US 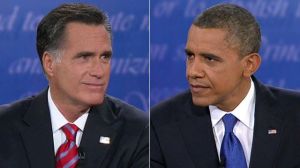 If you watched the third Presidential debate you heard Obama say
“Americans should be proud of [*] this nation,  [pause]  ME…”

Click on the President’s nose to play the 35 second video.

And they said G.W. was arrogant because he was from Texas.

* a parenthetical reference was made that was only a distraction from the President’s main point which was that Barack Obama IS America.

This entry was posted in Audio/Visual, Political polemics. Bookmark the permalink.

One response to “TO HIM IT’S ALL ABOUT ‘ME’, NOT ABOUT US”