THE SPIRIT OF AMERICA IS ALIVE AND WELL

A bumper sticker seen on a pickup truck in Charleston, S.C. said:

That sticker said a lot in a few words. Folks of the conservative persuasion are not given to participating in the nuisance of public demonstration. Self reliance nourishes the soul, life is good and too short to spend it pacing around with signs proclaiming the grievances du jour…normally.

But there is a line. If you will permit me to say it, it is liberally placed. You may step on our toes, you may kick us in the shins with little response. But, my liberal friends, when you bludgeon our groin and aim at the heart of where we live we will rise up.

We are the defenders of individual freedom. We are the proponents of equal opportunity for all. We are proud of our country. We are the spirit of America.

Here are samples of how we speak our truth to power. 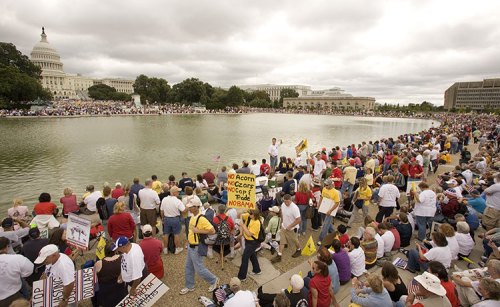 The day Conservatives stood up. 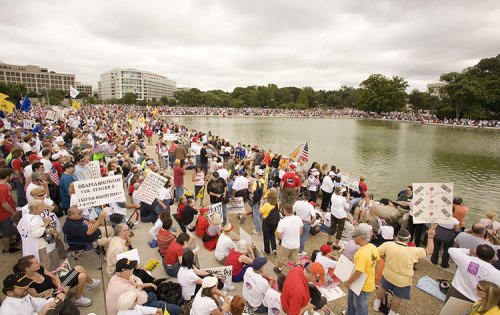 The Associated Press estimated total attendance to be 2 million. 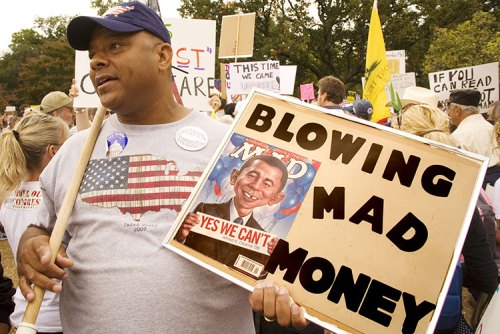 Protesters came from every state in the union. This man came from San Antonio, TX . He said that he was really sorry he hadn?t brought his family. He stated that being a black conservative he was afraid to expose his children to what he expected would be a lot of liberal abuse. He was thrilled with the tenor of the event and the fact that no liberals were present to harass him. He spoke about how incredibly intolerant the left is to black individuals who don’t bow to the party line. 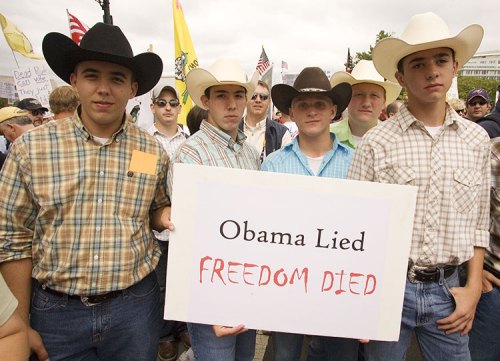 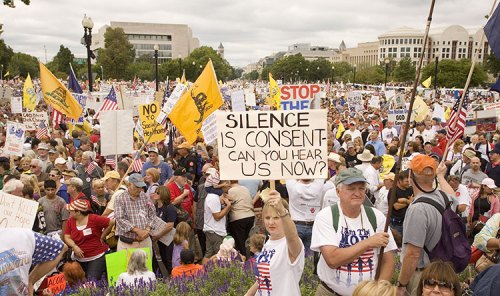 Can you hear us now?

You surely will hear from us in November. 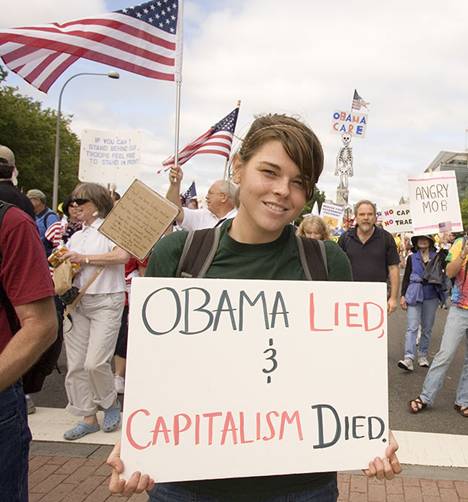 Catchy, but premature to be sure. 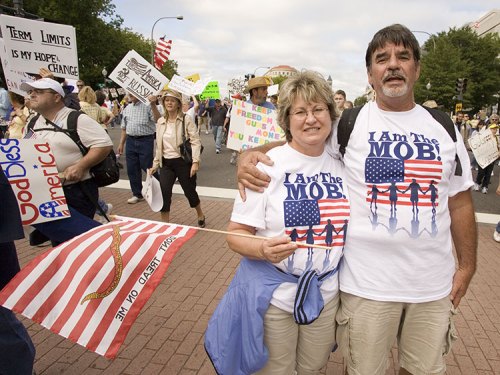 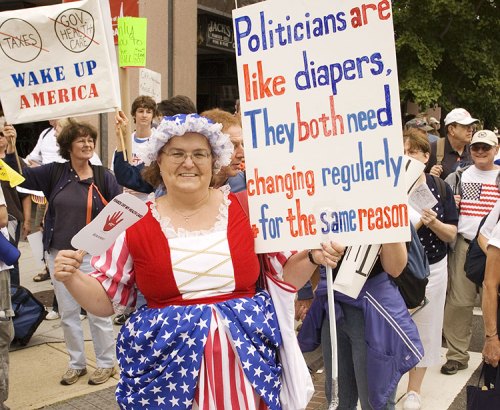 Protesting in style with humor and a smile. 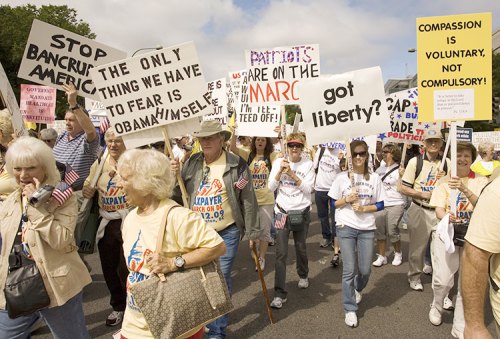 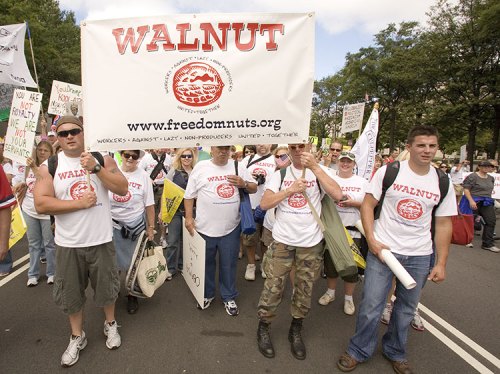 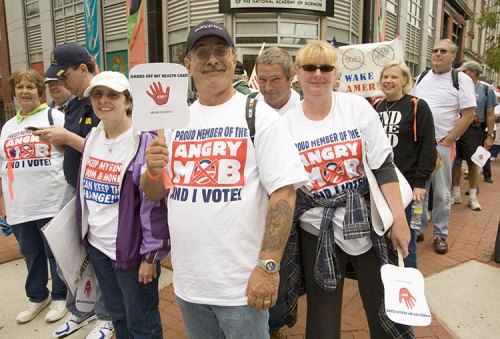 The other mob, the one that does not wear SEIU shirts. 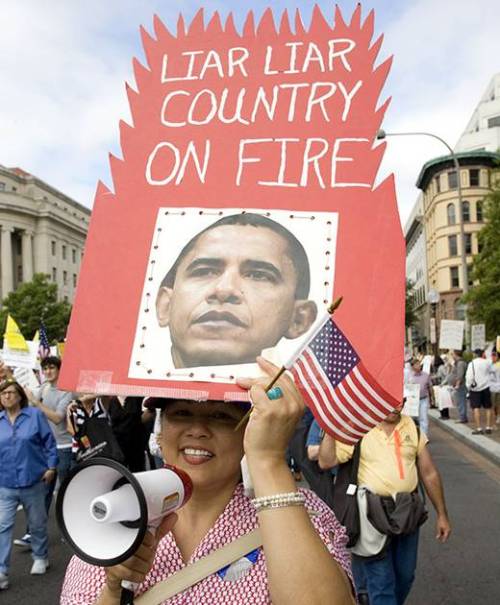 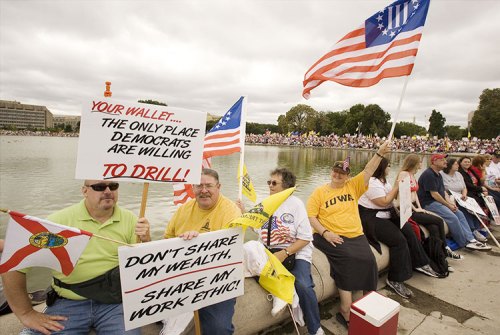 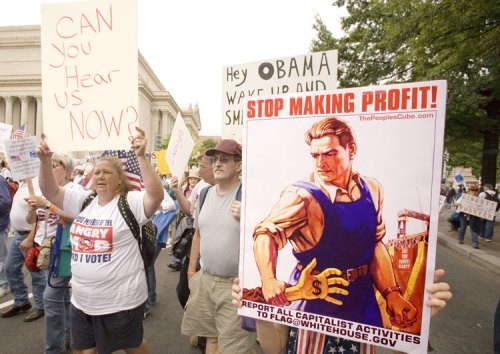 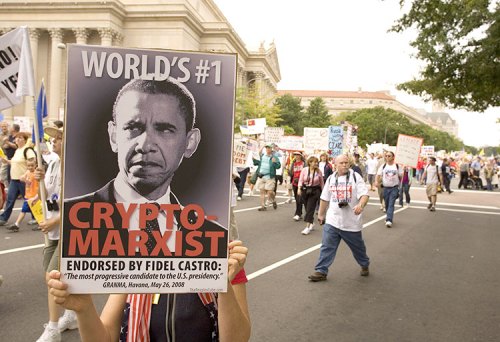 This is about as nasty as it got. 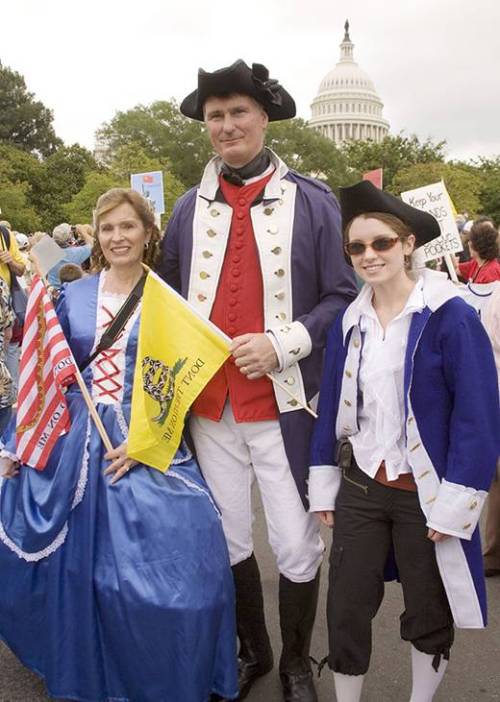 Here are samples of how you speak your truth to power. 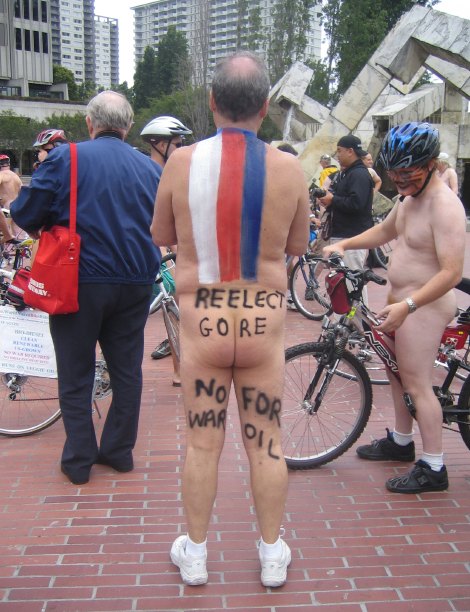 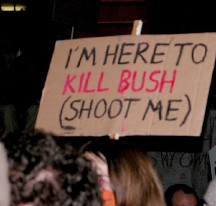 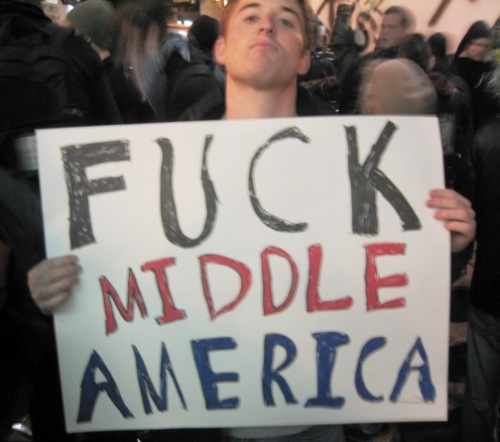 And these are the people who claim the moral high ground.

This entry was posted in Opinion, Political polemics and tagged demonstrations, Tea Party. Bookmark the permalink.

2 responses to “THE SPIRIT OF AMERICA IS ALIVE AND WELL”