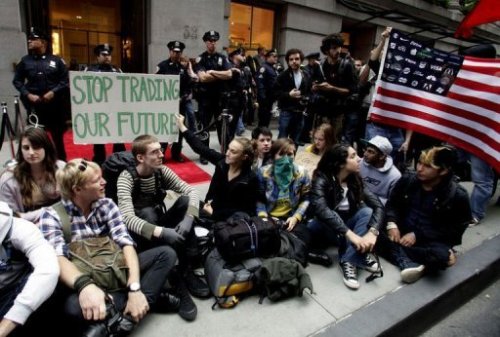 Rile them up, stir up some anger, get them mad at someone then boldly tell them that you are the answer.  It doesn’t matter who.  It doesn’t matter what.  It’s not about solving any problem; it’s about gaining power.  It’s in Saul Alinsky’s book, Rules for Radicals.  It’s the Chicago style of government.  Even more, it’s the Obama style of government.  He knows no other.

Fortunately, enough of the American people see it for what it is.  Those that don’t, never will.  Police estimated today’s ragers numbered about 350.  Have no fear; it’s not enough to get a community organizer re-elected.

This entry was posted in News, Opinion and tagged Alinsky, Days of Rage, Obama, Wall Street. Bookmark the permalink.